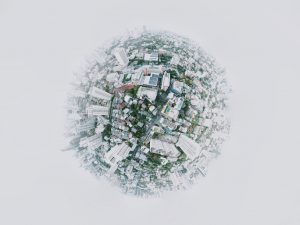 The 17th of January the debate on ‘Risks to Europe: Identification, Evaluation, Mitigation’ took place at the Euractiv Network Office in Brussels. The event was held in collaboration with Zurich Insurance Group, which presented the 14th edition of the Global Risks Report, an annual assessment of the changes in the global risk landscape.

‘Is the world sleepwalking into a crisis?’ is what the report asks, and according to Alison Martin, Group Chief Risk Officer of Zurich, the answer is yes. We are witnessing an intensification of the global risks, but the collective will to confront them seems to be lacking. More in particular, the 2019 study underlines the urgency of structural risks related to the environment (which accounts for 3 of the top 5 risks by likelihood and 4 by impact) and technology (occupying the remaining places in the top 5 of risks by likelihood, as well as the 7th and 8th position in the risks by impact).

The European Commission has been criticised for lacking an overarching function that looks at the growing number of risks affecting the EU. Indeed, the panel of speakers was called to debate on the challenges that the EU will face these years and how the Commission and Member States can best confront them.

Different topics linked to climate change were mentioned during the debate: Elena Višnar Malinovská, from DG CLIMA, highlighted for example how onerous pollution has been over the years and how we must expect an expensive clean-up, pointing out that ‘We need to clean the mess we have created – the crisis we are in – and we need to reform the energy system, we need to change the way cities function’. In terms of risk assessment, she stressed the importance of evaluating the risks we are taking and the vulnerabilities to which we are most exposed to, in order to take the proper measures to bounce back. Right now, the EU is planning for withstanding future climate risks, and its preparedness will certainly be tested in the next few years with issues like water drought and the increasing migration from Middle Eastern and African countries, a problem already estimated to be of an even greater dimension than the 2015 Syrian refugee crisis.

The digital world is progressively gaining prominence in the global risks landscape, especially if we look at episodes of data fraud and cyber-attacks, or at technological vulnerabilities like fake news and identity thefts. With the 2019 European Parliament elections approaching, it is easy to understand why cybersecurity is a top priority for the EU. Despina Spanou, from DG CONNECT, clearly specified that cybercrime is not expected to diminish in the future; on the contrary, ‘Cybercrime is constantly increasing, it is becoming not only more frequent but also multifaceted: criminals are able to reach those areas where connectivity is needed the most’. And indeed, the EU has recognised the importance of cybersecurity: after the first strategy introduced 6 years ago, now the EU demands that every country must have a strategy and an emergency response system. However, the most recent events have underlined how cybersecurity must be a team sports, because it is not only a problem among Member States, but also within the state itself. For this reason, Spanou advocated for a close collaboration between public and private sectors.

Despite mainly analysing structural issues, the Global Risks Report warns us not to neglect the human side of global risks. Research conducted by Gallup – a global analytics and advice firm – over the past few years on the world’s emotional state has highlighted a trend of negative emotions on the rising – anger, sadness, loneliness and stress predominantly – thus resonating with the World Health Organization data on the growth of mental disorders. The declining psychological and emotional well-being, besides being a risk in itself, also affects the wider landscape of the healthcare system and businesses.

Ultimately, risk is the lifeblood of growing economies; if we take it wisely we can succeed. But ‘We need to understand what our appetite for risk is’, as Alison Martin said. Some challenges can appear quite long-term, when in reality they are just around the corner. So where does the EU stand? It seems that we are generally doing a good job on scenario planning and on elaborating strategies; however, the key to better withstand the future global risks is investing on resilience: ‘If you put 1$ in prevention you save 5$ in recovery’ (Alison Martin).